The store will not work correctly in the case when cookies are disabled.
Menu

Get our Latest News and Offers 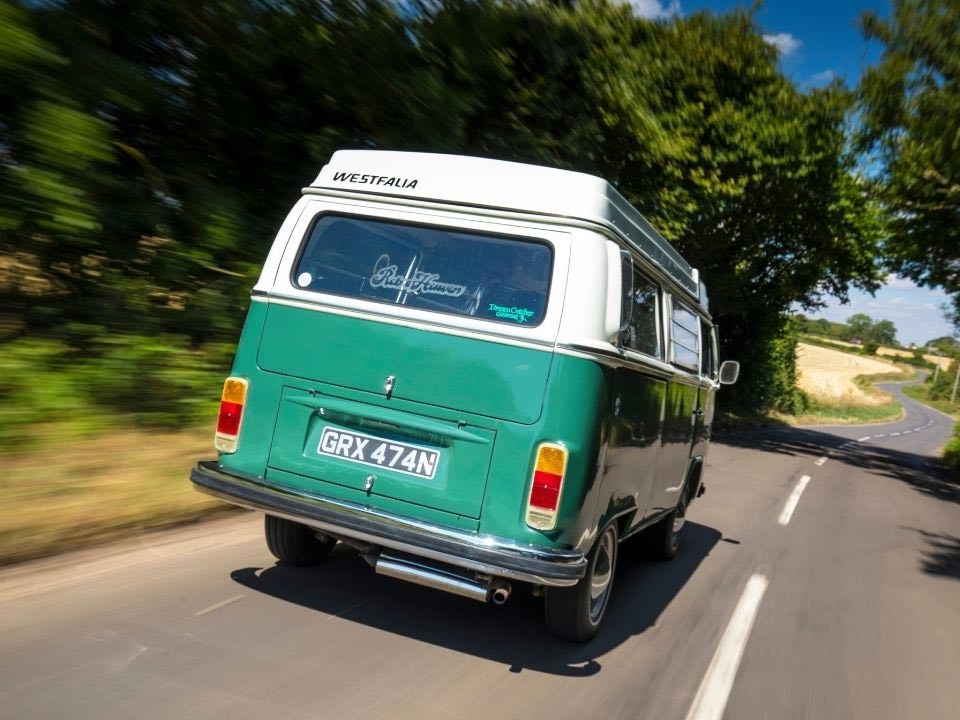 Even then, we had been together long enough for me to have known that the likelihood of Shaun coming back without the camper he was going to view was slim.

Yet somehow, I was shocked when he returned several hours later, significantly lighter in pocket in a camper that reeked of petrol, slightly manic look on his face and cheerfully declared. “I got an absolute steal; the guy obviously had no idea what he had!”

To some degree at least the statement was true. We did get it for a steal.

Even so I should have been furious, I swear that had you taken a magnet to the van there are very few places it would have stuck – still, when faced with the tango orange and white VW something inside told me that this was the start of something special.

The year was 2001. We were absolute VW newb’s and had no idea what we had just taken on. Having spent 24-7 together, backpacking around Australia the year before, we were full of youthful exuberance and had yet to be tied by marriage or kids!

Life was good and the world was ours to conquer! The only thing we knew for certain was that we wanted a VW camper; we both had fathers who were hand’s on enthusiastic car devotees, who had imparted a love of vehicles you could work on yourself. And I will admit with no amount of shame that the draw of a VW camper and its cool status won us over. (I’m going to blame the abundance of cool VW’s and owners we met on our Aussie adventure!) Shaun’s Grandma lent us the money - and that is how Doris got her name. 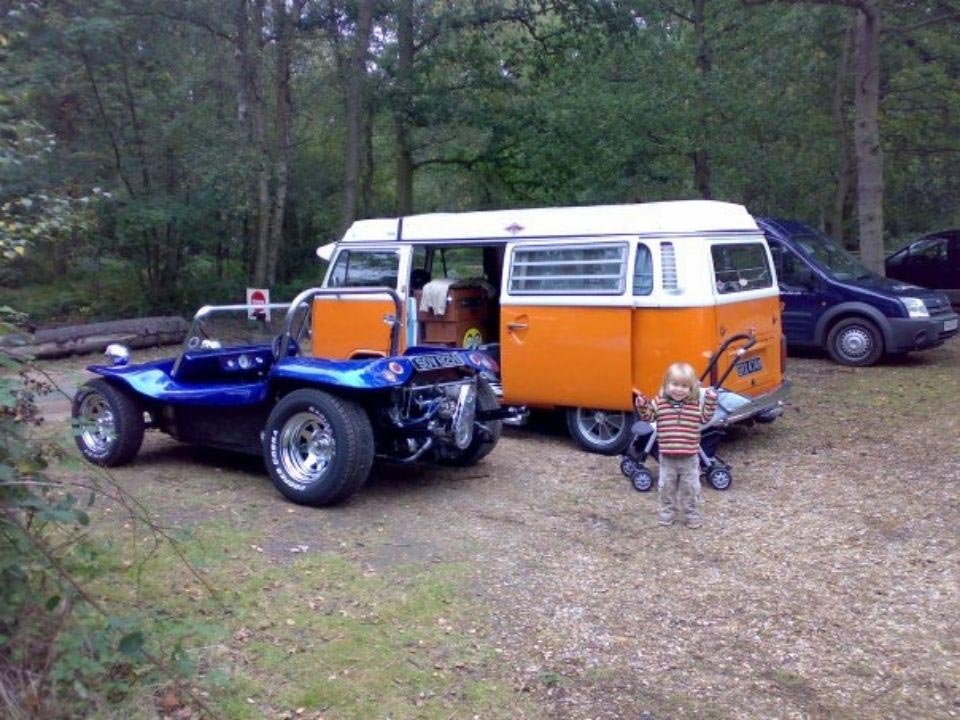 Obviously, no-one buys a vehicle with any thought of how long it will be a part of your life – but had someone told me that, nearly 20 years later, we’d still be together I would not have believed them. It is fair to say that Doris is a bit like Trigger’s broom.

There isn’t much left that is original – especially not of the metal work. We drove her, as was, for a long time.

She faithfully took us on the journey to our wedding – the only time that Shaun let his dad chauffeur – and later took our baby boy on his first camping trip at 4 months.

She was also the reason that Shaun took a part time job at JK. Pretty soon the need for a resto became apparent and Shaun had great fun helping Ashley Jay (then owner of Berkshire Bugs) get to work.

Some serious time and dedication went in. Having never gone through the resto process before each visit brought new horrors as the demon rust was cut away and less and less van remained. At one point she was better likened to a Flintstone car. There was no front, no floor and very little else. 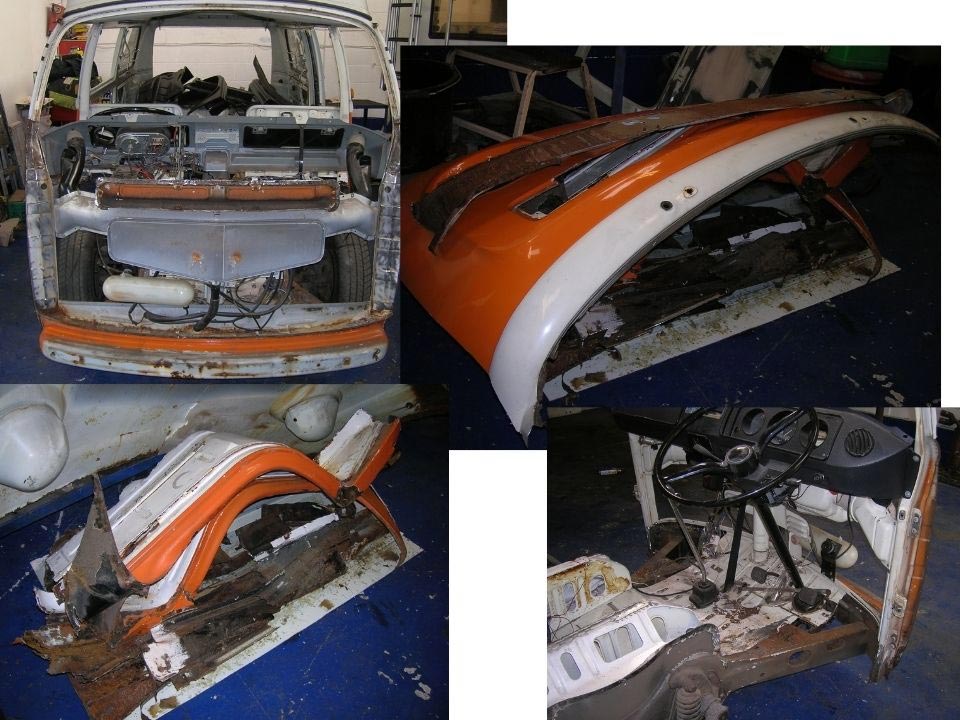 By the time she was done. Doris was looking mighty fine…

She was even featured in a magazine.

Over the years she has changed and grown along with us. At one point she was lowered to within an inch of her life with every conceivable bit of unnecessary bling going. Nowadays she’s much closer to stock as we’ve gone full circle.

We’d like to claim that we have grown up together. Our kids certainly, at now 13 and 15, have never known a life without her. Several times over we have faced the decision of whether the most sensible thing to do was to sell.

Several times we came very close. Always though one or other of us remained stubbornly bull headed and refused to let go. There is something very strange about these vehicles and their ability to take hold of your emotions. Something not easily understood by people who aren’t owners – even by some who are.

Financially, owning a classic VW is a huge commitment and the permanent threat of rust has seen her require periodic attention to varying degrees.

As I write she is awaiting work in a serious state of undress. But come the new year and a makeover; along with a hopeful return to some degree of normalcy in the not-too-distant future she will, as she often has, demonstrate her worth many times over. 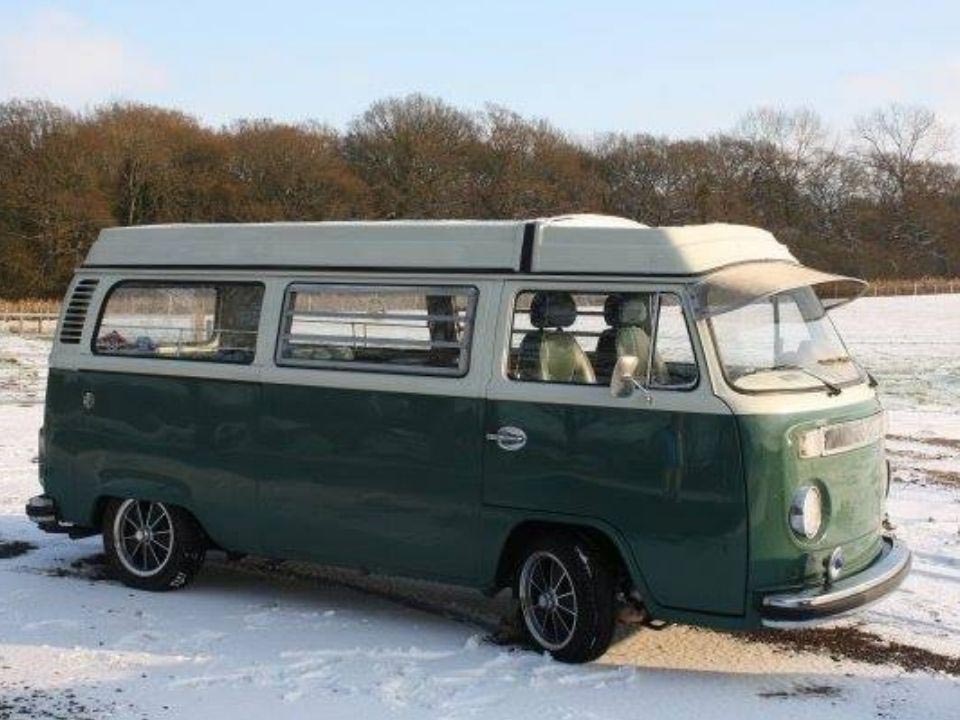 Time has flown by; many things have changed and yet Doris has been our constant companion through life.

It has been quite a journey, but we wouldn’t have had it any other way!